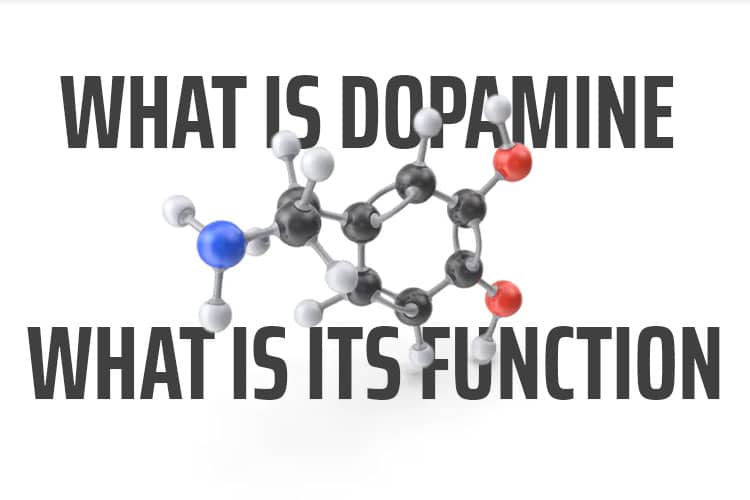 What Is Dopamine And What Is Its Function

What Is Dopamine And What Is Its Function

The dictionary defines dopamine as “a compound present in the body as a neurotransmitter and a precursor of other substances including adrenaline.” If you’re anything like me, you’re probably wondering whether you need to learn a foreign language to understand what that actually means. So, today we’re going to figure out, in our own terms, what is dopamine and what is its function.

The products in this article are all available at highly affordable prices at the Supp Stop via our online store.

Simply put, it is a carrier in the form of a chemical that transmits messages to and from brain cells. Another word for these chemical messengers are “neurotransmitters”. Other noteworthy neurotransmitters found throughout the body include glutamate, histamine, and serotonin. Looking for How does dopamine make us feel?

These neurotransmitters are part of the nervous system and an important part at that. They are all made in different parts of the body and distributed around it according to their various roles.

Dopamine is produced within two main parts of the brain:

They are both found in the midbrain area.

When this neurotransmitter is produced, it makes its way all around the brain from one cell to another, in order to affect the way we feel, bolstering our moods and providing us with feelings of happiness and reward. It doesn’t just live in humans either. It’s found in just about every living animal and plays a large role in their managing and controlling different functions of their lives.

What is the function of dopamine?

Basically, it is released to make us feel good, sending positive signals to our brains when we are involved in activities we enjoy doing. For example, it shows up when we partake in activities like the ones listed below and releases feelings of pleasure and reward.

It works in conjunction with serotonin (which is stored mostly in the gut rather than the brain) to control wellbeing and happiness. It has been proven that a lack of dopamine and/or serotonin may be linked to depression, schizophrenia, psychosis and other mood-related conditions.

Low dopamine levels can lead to a less motivated lifestyle and seriously reduce excitement levels. If you feel as though you may be low in dopamine, please do contact a medical practitioner as there may be serious cause for concern.

Buy The Best Pre-Workouts at The Supplement Stop Australia. Afterpay and ZipPay available.

How can I increase dopamine levels before a workout?

To help increase your levels and get that much needed pre-workout kick, we have quite a range of dopamine promoting pre-workout supplements available in our store. They all contain an ingredient called tyrosine that naturally helps to increase dopamine receptors in our brain.

Tyrosine can also be found in foods such as eggs, pork, cheese, fish, soybeans, beef, lamb, chicken, nuts, dairy, beans, and whole grains. You can complement these foods with some of the pre-workout supplements below.

Find out more about dopamine and how exactly it makes us feel.

[…] Dopamine is one heck of a neurotransmitter. It’s responsible for carrying messages between the cells in our brains and making sure our general happiness levels don’t get all out of whack. It’s involved in regulating many of our daily happenings including motor control, reward and reinforcement, and motivation. So, how does dopamine make us feel and how can we work with it to make sure we’re living happy, content lives? Looking for What Is Dopamine And What Is Its Function?  […]