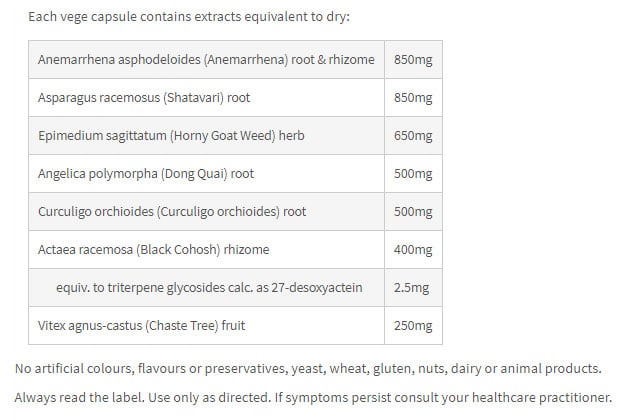 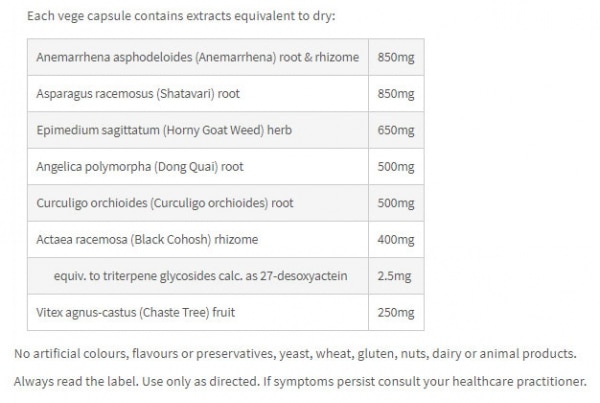 Menopause combines Black Cohosh with other herbs traditionally used to relieve the physical and emotional symptoms of menopause.

FUSION HEALTH’s Menopause combines Black Cohosh with other herbs traditionally used to relieve the physical and emotional symptoms of menopause.

The Western herb Black Cohosh has been the subject of extensive scientific research, which indicates that it may help relieve many of the physical and emotional symptoms that can occur during menopause, including hot flushes, night sweats, sleeplessness, lowered libido, irritability, nervous tension and more.

The Black Cohosh extract used in Fusion® Menopause is standardised to provide a consistent dose of compounds called triterpene glycosides, which are believed largely responsible for the herb’s therapeutic effects (calculated as 27-desoxyactein 2.5mg).

In Fusion® Menopause, this clinically tested Western herb is supported by a synergistic combination of Chinese herbs traditionally used to relieve menopause symptoms.

Fusion® Menopause has been carefully formulated to support women whose menopausal symptoms are indicative of an underlying deficiency of Yang relative to Yin. In TCM, when Yin and Yang are out of harmony in this way, the Shen or Spirit is likely to be out of balance too, leading to emotional ups and downs, nervous tension, irritability and sexual disinterest, often accompanied by fatigue.

Fusion® Menopause contains Chinese herbs traditionally used to restore balance to Yin and Yang during menopause, including Anemarrhena (which clears Heat to relieve hot flushes) and Dong Quai to nourish and invigorate the Blood.

1 review for Menopause By Fusion Health