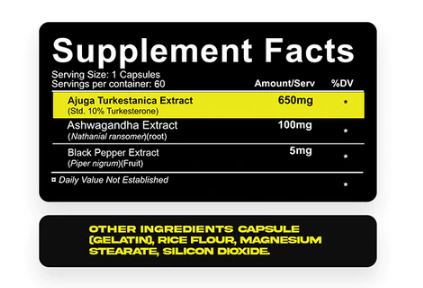 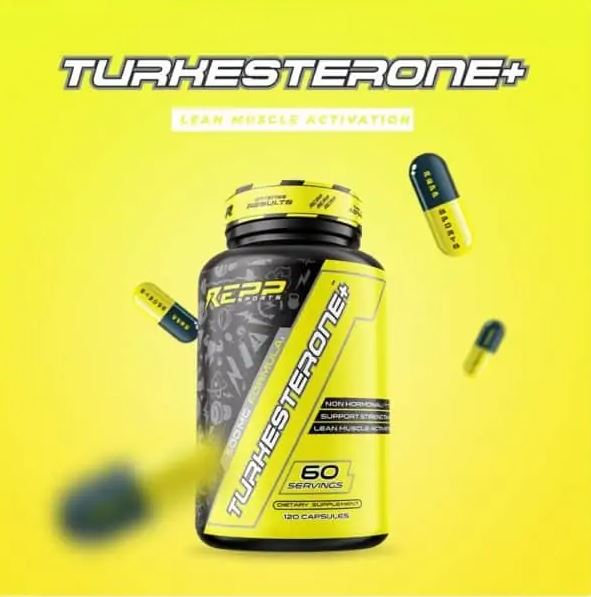 Turkesterone by Repp Sports is non-hormonal way of strengthening and activating lean muscle.

Turkesterone by Repp Sports is a naturally occuring ecdysteroid that serves as the primary bioactive component of the Ajuga Turkestanica plant. Ecdysteroids are a structurally related class of compounds to androgens. Ecdysteroids have been extensively studied as growth factors for plants and insects.

Although no human trials are currently available, promising evidence for in vitro studies on human muscle fibres and a variety of animal models demonstrating enhanced growth rates with ecdysteroid ingestion is available. Indeed, ecdysterone, a chemically related compound to Turkesterone, was suspected of being used by Russian Olympic athletes in the 1980’s (dubbed the “Russian Secret”), sparking an explosion of scientific research into the use of ecdysteroids in athletic performance.

According to one study, “Ecdysteroids exhibited a strong hypertrophic effect on the fibre size of rat soleus muscle, which was found to be even stronger than the test compounds metandienone dianabol, estradienedione tren, and SARM S1, all of which were administered at the same dose 5 mg/kg body weight, for 21 days.”

Turkesterone by Repp Sports is a naturally occuring ecdysteroid that serves as the primary bioactive component of the Ajuga Turkestanica plant.

According to some researchers, ecdysteroids behave similarly to anabolic steroids but without the androgenic effect. Ecdysteroids have a more favourable safety profile than hormonal supplements due to their lack of androgenic activity.

Turkesterone by Repp Sports appears to be the most anabolic of the commonly studied ecdysteroids. Additional human research is needed to confirm Turkesterone’s effects on athletic performance, but preliminary findings are encouraging for athletes.

Ashwagandha has been used in Ayurveda for centuries and has been shown to significantly reduce serum cortisol levels in humans. Cortisol is the “stress hormone” in humans, and its catabolic (muscle depleting) effects have been demonstrated. Additionally, preliminary research indicates a beneficial effect on strength performance and testosterone levels, although additional human studies are needed to confirm these findings and establish a consensus on proper dosage.

Black pepper contains piperine, a molecule that has limited activity on its own but has the ability to inhibit enzymes that attack other molecules. As a result, it is combined with certain supplements to increase their absorption rates.

Buy Turkesterone by Repp Sports online at The Supplement Stop Australia and also view all of our gut health supplements. Afterpay, Zip and secured credit card payment options are available. Receive your order faster with our Premium Star Track service.

There are no reviews yet.

Be the first to review “Turkesterone by Repp Sports” Cancel reply