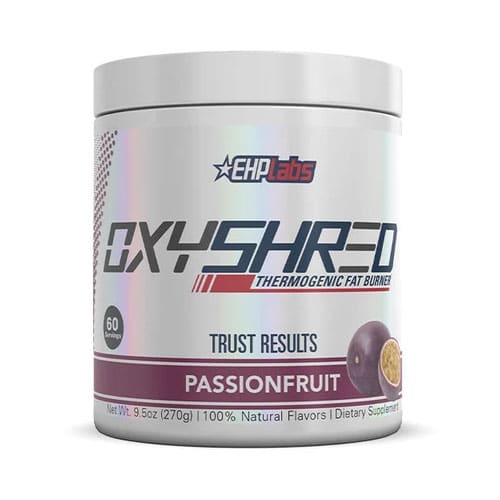 Here is a quick rundown of the Oxyshred Ingredients and some informational benefits.

Green coffee bean extract does appear to be useful as a weight loss aid. It may also have some benefits for glucose metabolism and blood pressure.

Chromium picolinate has been used in alternative medicine to treat chromium deficiency, as an aid to controlling blood sugar in people with diabetes or prediabetes, to lower cholesterol, and as a weight-loss supplement.

Conjugated linoleic acids (CLA) are a family of at least 28 isomers of linoleic acid found mostly in meat and dairy products derived from ruminants. This linoleic acid is one of the most common Omega-3 fatty acids, found in large amounts of vegetable oil, avocados, and other various foods that contain healthy fats.

Grapefruit seed extract (GSE) or citrus seed extract is a supplement made from the seeds and pulp of grapefruit. It’s rich in essential oils and antioxidants and has a variety of potential health benefits.

Naringin is a flavanone-7-O-glycoside between the flavanone naringenin and the disaccharide neohesperidose. The flavonoid naringin occurs naturally in citrus fruits, especially in grapefruit, where naringin is responsible for the fruit’s bitter taste.

The main bioactive ingredient in Coleus forskohlii is called forskolin. Through forskolin, Coleus forskohlii supplementation may increase testosterone, and protect against cancer and inflammation. Further research is needed to confirm these effects, since forskolin is most often used as a research tool in vitro, or outside the body, like in a test tube or petri dish. Forskolin may act differently inside the body.

Oleuropein is a glycosylated seco-iridoid, a type of phenolic bitter compound found in green olives, olive leaves, and argan oil. During processing of inedible green olives for human consumption as table olives, oleuropein is removed from olives by immersion in lye.

Guggulsterone is a phytosteroid found in the resin of the guggul plant, Commiphora mukul. Guggulsterone can exist as either of two stereoisomers, E-guggulsterone and Z-guggulsterone. In humans, it acts as an antagonist of the farnesoid X receptor, which was once believed to result in decreased cholesterol synthesis in the liver. Several studies have been published that indicate no overall reduction in total cholesterol occurs using various dosages of guggulsterone

Mangifera indica L. (Mango) belonging to family Anacardiaceae. It is an indigenous to Indian subcontinent and an important fruit crop cultivated in tropical and subtropical regions. Its each part like pulp, peel, seed, leaves, flowers and the bark are important due to their medicinal uses. Different part of mango contains many biotic compounds like polyphenolics which can control many degenerative diseases due to their antioxidant activities. Hence, it is gaining more importance in medicinal and pharmaceutical industries. There has been tremendous interest in this plant as evidenced by the voluminous work in last few decades. This chapter will cover the medicinal uses of mango.

Raspberry ketones are claimed to cause the fat within cells to be broken down more effectively, helping your body burn fat faster. They are also claimed to increase levels of adiponectin, a hormone that helps to regulate metabolism.

Check out our Oxyshred Review

Thanks for the Oxyshred ingredients rundown.

The Supplement Stop. © 2017 All Rights Reserved. Terms & Conditions, Returns and Privacy Policy.
You can login using your social profile
Install social plugin that has it's own SHORTCODE and add it to Theme Options - Socials - 'Login via Social network' field. We recommend: Wordpress Social Login